Sean Feltoe was diagnosed with an extremely rare immune deficiency disorder as a teenager and received life-saving treatment at Cincinnati Children’s. Four years later, he embarked on a cross-continent road trip honoring his experience with hemophagocytic lymphohistiocytosis (HLH) and to raise awareness of the potentially fatal disease.

At age 18, an incredibly sick Sean Feltoe was airlifted 500 miles from his home near Toronto, Canada, to receive a life-saving stem cell transplant (also referred to as a bone marrow transplant) at Cincinnati Children’s Hospital Medical Center.

At age 22, he made the trip again, this time healthy and motivated to bring attention to the disease that had first brought him here. In February of 2008, Sean came down with what seemed like a bad case of the flu.

When he still couldn’t shake the symptoms a week later, his parents, Mike and Sue Feltoe, took him to a local hospital.

After three terrifying days, he was transferred to The Hospital for Sick Children in Toronto, also called Sick Kids. He was there nearly a month before receiving a definitive diagnosis: hemophagocytic lymphohistiocytosis, or HLH for short.

He was eventually referred to Cincinnati Children’s, where he received a bone marrow transplant from a donor in California that saved his life.

Sean is now studying for an undergraduate degree in criminal justice with plans of becoming a youth parole officer. He coaches youth soccer and plays guitar regularly with his band. By all accounts, he looks to be living the life of a normal 22-year-old. 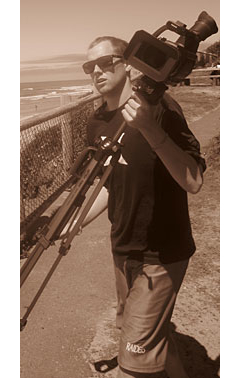 Except that he is an HLH survivor. And he is driven to bring awareness to the disease and to the need for bone marrow donors.

Since his recovery, Sean and his mom started a fundraiser to help build this awareness. It has become an annual event that has raised more than $22,000 that was directly put back into research related to HLH.

Sean and his mom were also instrumental in getting the mayor of Toronto to declare Sept. 14 as Histiocytosis Day in their city. And they hosted a college-wide marrow donor drive that registered 160 new donors. They plan to host another drive in 2013.

That same passion fueled a trip across North America this past summer, which started out as a road trip with a friend, but turned into another opportunity to bring attention to HLH and bone marrow donation.

As Sean and his friend Ryan planned their route across Canada and the United States, many of their stopping points were related to Sean’s illness and recovery: Cincinnati, to visit his caregivers at Cincinnati Children’s; Calgary, Minnesota and Dayton, to stay with families he had become close to during his treatment in Cincinnati; Sacramento, to meet the woman responsible for his successful transplant, his donor.

It turns out that Ryan has a heavy interest in filmmaking, which led to his obtaining a professional video camera to take on the trip. As the friends talked about what to shoot along the way, all signs pointed to creating a documentary that would focus on HLH and bone marrow donation.

Five weeks and more than 7,000 miles later, Sean and Ryan had extensive footage covering Sean’s experience with HLH. It was an experience with touch points across the continent, starting in Toronto, heading west across Canada to British Columbia, coming south to California and Utah, and then east to Ohio.

‘There’s My Life Right There’

The visit to Cincinnati brought back many memories for Sean. He says some of them are fuzzy, because he was so sick at the time. Others are quite clear, such as the day he was to receive his new stem cells that had been extracted from the bone marrow. “I remember on transplant day the nurse bringing the bag and me looking at the bag and thinking, ‘There’s my life right there,’ ” says Sean.

In his case, three rounds of chemotherapy to treat his HLH had proven unsuccessful. This immune deficiency disorder occurs when certain white blood cells build up in organs including the skin, spleen, and liver, and destroy other blood cells. That build-up of extra cells causes fever and damages the liver and spleen, resulting in enlargement of these organs. The disease can be inherited or caused by an infection. In either case, if not treated properly, it can be fatal.

While HLH is very rare, doctors in the HLH Center of Excellence at Cincinnati Children’s have been diagnosing and treating it for decades.

They also conduct research on the disease, with labs that provide molecular tests for a variety of genetic disorders and explore cell function within HLH. The program sees more cases of HLH than any other center in North America thanks to our longstanding expertise and national / international referrals.

“The care was exceptional,” Sean recalls. “My mom says this is one of the best hospitals she’s been in for anything.” She should know, since she stayed there with Sean for six months while he recovered after his transplant. Sean’s father visited often.

During his return trip to Cincinnati Children’s, Sean made a point to visit music therapist Brian Schreck, MA, MT-BC. “He played a big part in my recovery,” Sean says. “I would have trouble falling asleep, because I’d get migraines really bad. Brian would watch my heart rate and play guitar along with my heartbeat, which was really cool. I’d pretty much fall asleep every time.”

It was care like that that brought Sean back to Cincinnati Children’s this past summer, full of energy to ensure more people know what HLH is, and − with his own parents and brother Paul incompatible donor matches − the importance of bone marrow donation.

“We’re now making a trailer for the film,” Sean says. He and Ryan are receiving direction from an experienced independent documentary filmmaker as they go. “Our next step will be to apply for funding so that we can continue with the editing process.” With Sean’s devotion to the cause, it seems certain that this survivor-turned-advocate will find a way to get that funding, logging whatever miles are needed to see the project to fruition.

Good thing for HLH patients. Cited by the National Institutes of Health as a rare disease, more studies could lead to improvements in genetic testing, new knowledge about its causes, and novel approaches to treatment. Sean would be more than happy to be a catalyst for that.

Miabelle Gillier was diagnosed with hemophagocytic lymphohistiocytosis (HLH) the day before her first birthday in February 2011. Her family traveled to Cincinnati Children’s from their home in New Jersey for treatment.

When Hannah woke up with blood on her face, bruising and purple and red blotches all over her body, her mother knew something was wrong and took her to the ER immediately. A week later, Hannah was diagnosed with HLH.

Read testimonials from parents of children who were treated in the HLH Center of Excellence at Cincinnati Children’s.