Hannah’s Story: Far From Home, But in the Best of Hands

Our family’s journey with hemophagocytic lymphohistiocytosis (HLH) began in the summer of 2008 when my daughter Hannah got a couple of nosebleeds. I didn’t think anything of them at the time – after all, lots of 5 year olds get nosebleeds. But when she woke up one morning with blood on her face, bruising and purple and red blotches all over her body, I knew something was wrong and I took her straight to the emergency room near our house in Florida.

Initial tests showed that Hannah’s platelet count was 16,000. "Normal” is between 150,000 and 400,000. Such a low count meant her blood couldn’t form clots, and that could lead to potentially fatal internal bleeding. That afternoon, Hannah’s platelet count fell to 1,000. Her liver was shutting down, and her spleen was enlarged. The medical team managed to stabilize her, and within a week she was diagnosed with HLH. 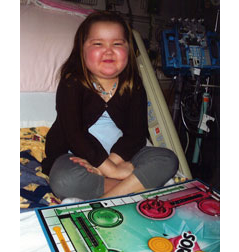 HLH is so rare that even some doctors haven’t heard of it. It primarily affects children — about one in 1.2 million. HLH originates in the immune system, which is distributed throughout the body, including in bone marrow, the spongy tissue inside some bones that contains stem cells. When the disease is active, immune cells malfunction and destroy the body’s own red blood cells, white blood cells and platelets. It can cause permanent damage to the spleen, liver and central nervous system.

Extensive tests at the hospital revealed that Hannah had a genetic predisposition to HLH. Other children acquire this disease when their immune system malfunctions in response to a virus. Either way, HLH is fatal without appropriate treatment.

There weren’t any specialists in our region who knew how to treat HLH, so our doctors in Florida relied on the expertise of Alexandra (Lisa) H. Filipovich, MD.

Dr. Filipovich is director of the Immune Deficiency and Histiocytosis Program at Cincinnati Children’s Hospital Medical Center, and world-renowned for her work in treating kids with HLH. Through tests, phone calls and emails, she helped our doctors diagnose Hannah, but their lack of experience and training in caring for kids with HLH made me very anxious. It had been two years since they had seen another HLH patient.

Meanwhile, Hannah wasn’t getting better. One Saturday, after she had been in the hospital for almost three weeks, I decided to reach out to Dr. Filipovich myself. She responded to my email within 45 minutes, and that spoke volumes to me about her compassion and level of commitment. We arranged a three-day visit to Cincinnati to determine the best treatment plan. I didn’t know then that it would be almost six months before Hannah and I would return home.

After examining Hannah and running numerous tests, Dr. Filipovich told us that Hannah’s condition was so serious that the best course of action would be for her to stay at Cincinnati Children’s for treatment.

The news was such a shock. My husband, Hannah and I had come to Cincinnati thinking that Dr. Filipovich would simply prescribe a treatment plan that our doctors in Florida could carry out.

Instead, Hannah and I would have to stay in Cincinnati while my husband went home to take care of our other children, who at the time were 14, 12 and 4. But it was the only choice we had, and the very best option for Hannah.

The first step would be for Hannah to undergo eight weeks of chemotherapy to put the HLH into remission. But after seven weeks, it became obvious that her body wasn’t responding. In fact, Hannah’s bone marrow was failing, and a bone marrow transplant became her only chance for survival. The search for a donor began immediately, as no one in our family was a match for her.

Within a few weeks, our medical team found an unrelated 26-year-old male donor who was a perfect match. There are no words to express our gratitude for the life-saving option of bone marrow transplant, and our gratitude toward that selfless and courageous young man. Without the transplant, Hannah would not have had a chance to live. 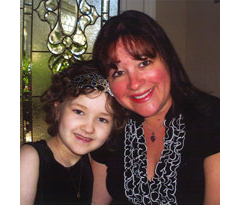 The transplant took place on Sept. 26, 2008, a day before Hannah’s 6th birthday, and it went very well. The new cells immediately began to produce healthy blood cells and platelets. Three weeks later, Hannah was discharged, but we had to stay in the area for three more months so that Dr. Filipovich and her staff could continue to monitor Hannah’s recovery. Social workers at the hospital helped me find a furnished apartment nearby and we remained in Cincinnati until January 2009.

Before I tell you what happened next, I want to take a minute to say that the doctors, nurses, therapists, hospital school teachers and volunteers at Cincinnati Children’s are simply phenomenal.

A hospital 1,000 miles from home is the last place you want to be for three months with your child, but the staff made it as comfortable and homey as they possibly could. I’m still in awe of Dr. Filipovich — she is soft-spoken and compassionate, and her knowledge is second to none. We felt very safe in her hands.

Child life specialists provided Hannah with board games and movies to help pass the time, and everyone on staff played Hannah’s favorite game, Sorry!, with her at some point. Hospital School was a great way for Hannah to stay on top of her reading and math skills.

Being discharged from the hospital was an exciting milestone, but the months we spent in the apartment were very difficult. Hannah’s immune system was still compromised, and we couldn’t go anywhere except the hospital for fear that she’d be exposed to illness. Finally, on Jan. 8, 2009, after countless check-ups and tests, Dr. Filipovich released us to go home. Stepping into our house and being together under the same roof with our family for the first time in six months was a moment Hannah and I will never forget. 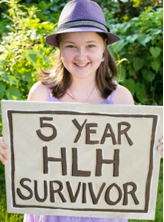 Hannah had to remain in near-isolation for over a year while her new stem cells continued to engraft — no school, no play dates, no movies or dinners out. Just recently, she had friends over to play, for the first time in 18 months. Life is returning to normal, but we are still hypervigilant about germs and the risk of infection. I can’t even imagine how many bottles of antibacterial gel we’ve gone through.

I now take Hannah to a hospital near our home for her follow-up appointments, and Dr. Filipovich still is intimately involved with her care. Just recently, doctors removed Hannah’s central line– a tube that was inserted into her chest 20 months ago to deliver daily intravenous medications. What a wonderful feeling to be free of that! We are hoping that in the next few months, Hannah will be given a clean bill of health: no more medications, no more isolation and, finally, a return to school — first grade. That day seems almost close enough to touch, and we can’t wait.

Miabelle Gillier was diagnosed with hemophagocytic lymphohistiocytosis (HLH) the day before her first birthday in February 2011. Her family traveled to Cincinnati Children’s from their home in New Jersey for treatment.

Sean Feltoe was diagnosed with HLH as a teenager and received life-saving treatment at Cincinnati Children’s. Four years later, he embarked on a cross-continent road trip honoring his experience with HLH and raising awareness of the disease.

Read testimonials from parents of children who were treated in the HLH Center of Excellence at Cincinnati Children’s.